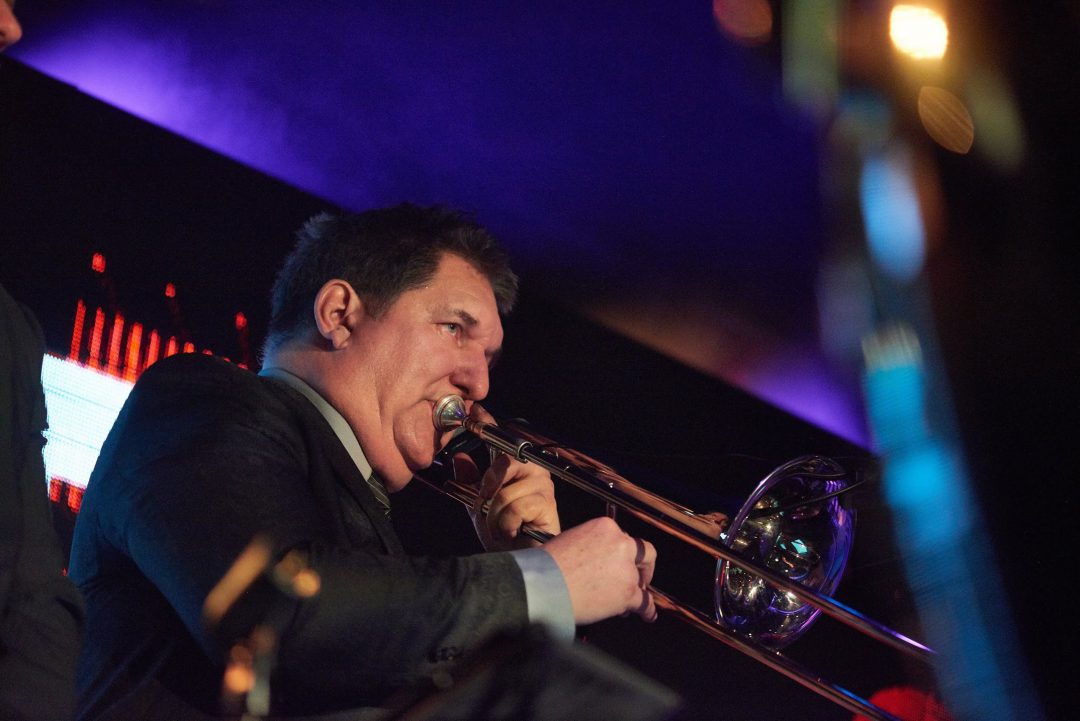 Ben has been an active trombone player since the age of 11. His studies formalized in the state of Delaware where he began to take trombone playing seriously by studying under Phil Taylor and Dr. DJ Hildebrandt. He continued studying under Robert “Boysie” Lowery and Fred Scott at Temple University and by seeking out advice and help from professional trombonists such as Jiggs Whigham, Bill Reichenbach, Bruce Fowler and Doug Elliott.

Persistence paid off by being able to travel with bands through Europe, Central America and North America. Ben has performed with such artists as Dizzy Gillespie, Clark Terry, Lee Konitz, the Four Tops, the Temptations, Denis DiBlasio, Bobby Rydell and Betty Buckley.

Some of the places where Ben has performed include Wolf Trap and the Kennedy Center as well as the Montreux Jazz Festival in Switzerland, the Adams Morgan festival in Washington DC and for presidential inaugurations. Ben is also the director of music for Washington DC public schools and has been a member of various WAMA award-winning bands.