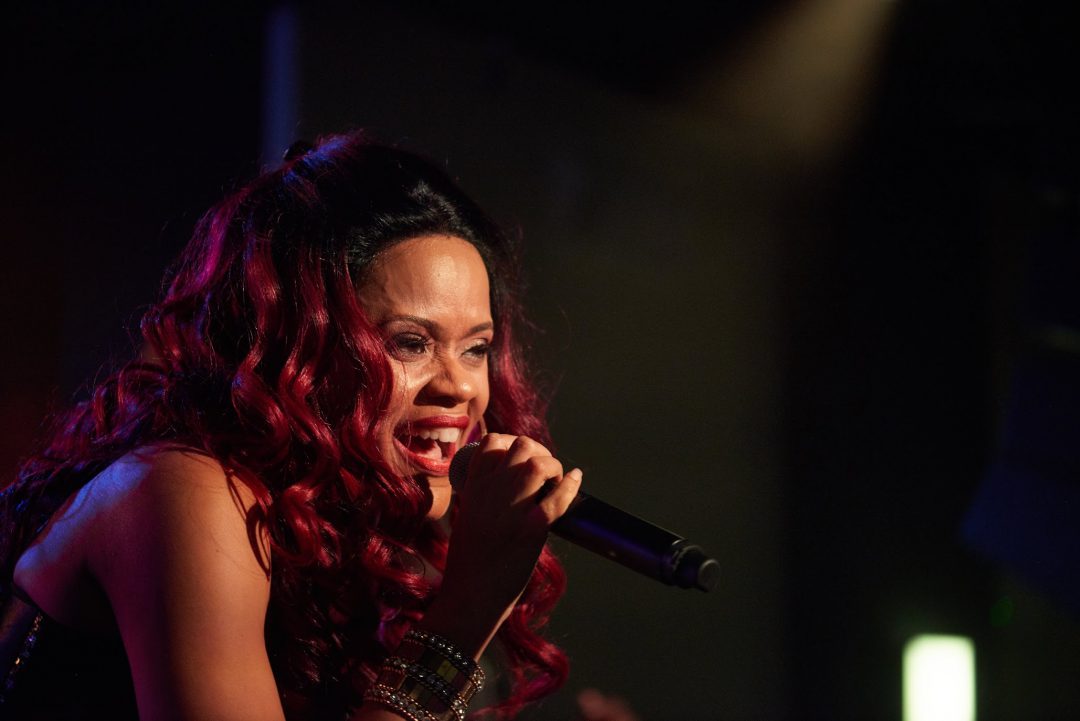 “Raw”, “Dynamic”, “True Artist”…  These are just a few critics’ descriptions of Jazmyn Roberts.  Born in Kansas City, Missouri, where her family was stationed with the United States Air Force, Jazmyn and her family migrated to DC where, at age seven, Jazmyn began participating in performing arts programs in order to develop her passion for music and creative arts.

According to Jazmyn, “singing and performing has always been the core of my spirit”.  Jazmyn, is not only a vocalist but also a music producer, director and songwriter. Jazmyn was recognized by Billboard and received first place honors in its national songwriter’s competition.

She has performed before audiences at the Kennedy Center, Blues Alley, the Lincoln Theatre in the District of Columbia to the Apollo Theatre in New York. Jazmyn has worked with local artists as well as national acts such as the grammy award winning gospel group , Mary Mary, and Def Jam artist, LL Cool J.  Her musical influences consist of diverse elements of Pop, Rock, R&B, Hip Hop.